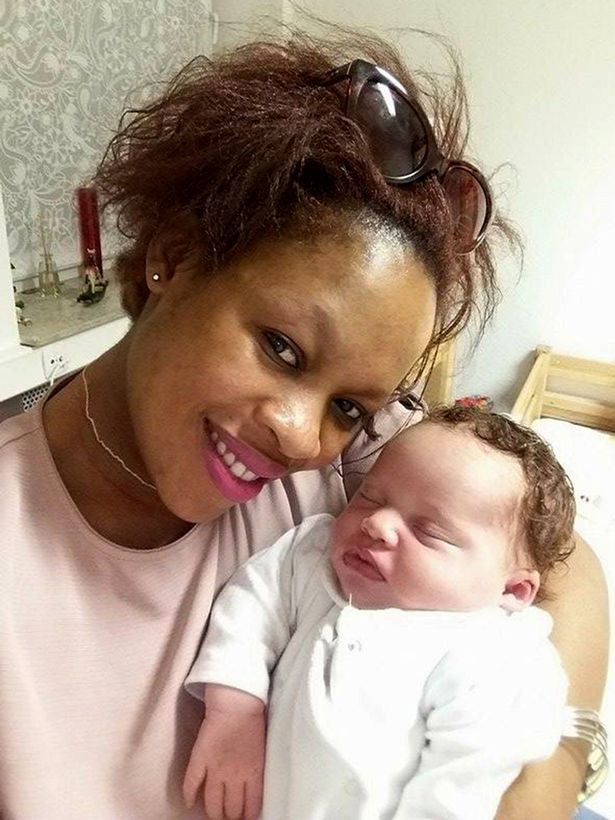 Doctors have been left baffled after a black mother gave birth to a white, blue-eyed daughter – whose skin tone is much lighter than her sisters’.

Mum Patience Chando said she was surprised when baby Andrea was born in April with very light skin – but assumed it would darken over time. 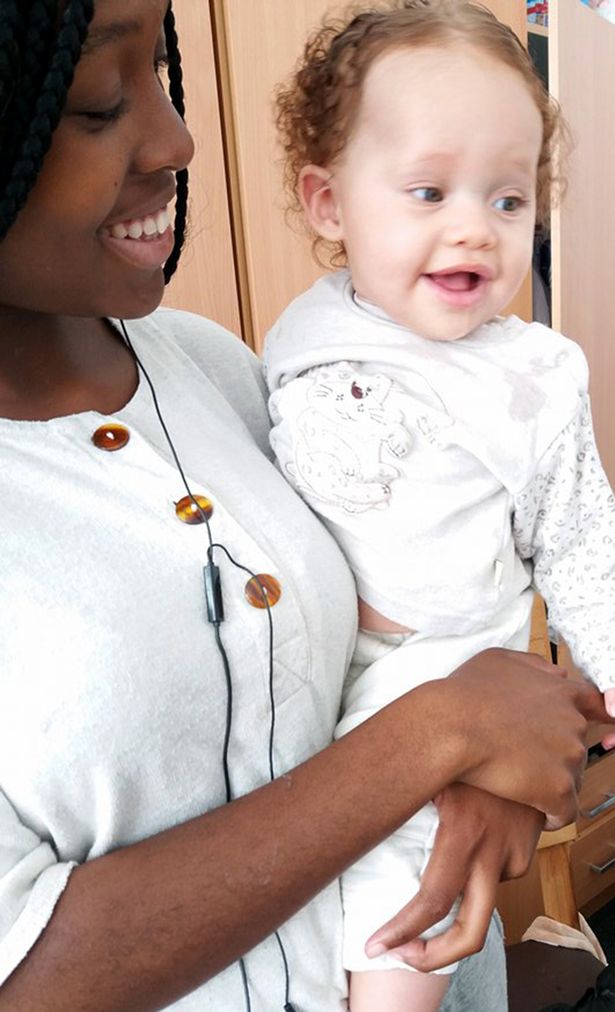 Four months on, however, this hasn’t happened – and medics say they are at a loss to explain why.

The happy 36-year-old mother and her partner Andreas Spillea – who is white – welcomed Andrea to the world in April.

Patience, who is of Zimbabwean heritage, said her baby is turning heads in Hanover, Germany, where the family lives. 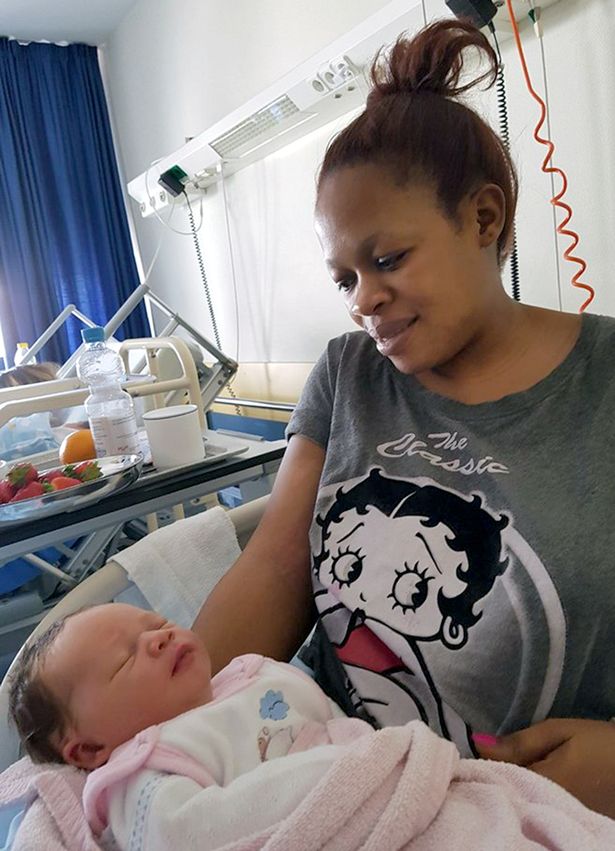 The former office worker – who has two much darker skinned daughters from a previous relationship – said of her youngest child:

“I couldn’t believe it.
“Her skin was too white when she was born, I was sure it would tone down, which happens sometimes, but it hasn’t.”It wasn’t until a few days after she was born I started to think: ‘hold on, her skin was white. I’m her biological mother and I’m black’.
“Every time we go out I get questioned or stopped for photographs.
“I’m running out of things to say to people. She’s the centre of attraction.” 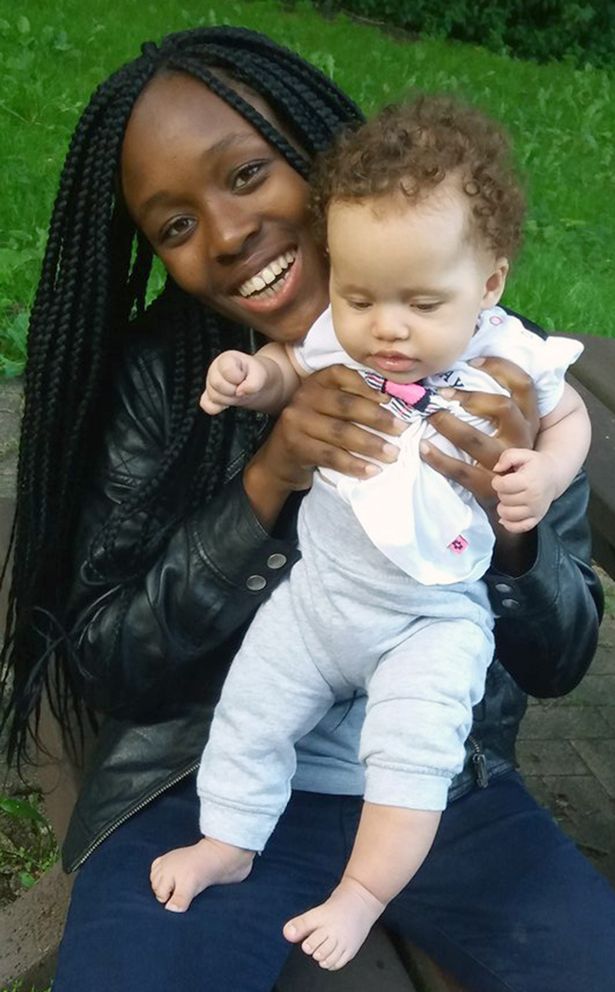 Doctors say they are equally perplexed – and it was initially feared that Andrea might have a skin disorder.

Patience said: “My doctor was totally surprised. He even tested her for a skin disorder out of concern for how pale she was.
“My friends keep joking that a mother is out there looking for their baby, and one day they will find us.”

She traced her ancestry but said there was no white heritage in her family.