There was an explosion on a Tube train in London during rush hour today, leaving 20 people including children injured.

The incident, which is suspected to be a terror attack, saw commuters covered in blood with scorched faces and hair running for their lives after the incident at Parsons Green station in west London at 8:20 a.m.

One witness in the carriage told the BBC there was a “bang” and then a “wall of flames”, which engulfed the carriage. Photographs from the District Line train show what experts believe is a “pretty unsophisticated” bucket bomb in a burning white plastic bucket stashed inside a Lidl carriage bag with wire protruding out of the top.

Armed Police, paramedics and firefighters were all said to be at the west London station within five minutes of the explosion today.  A hundred metre cordon was erected around the station and a police helicopter was also overhead. 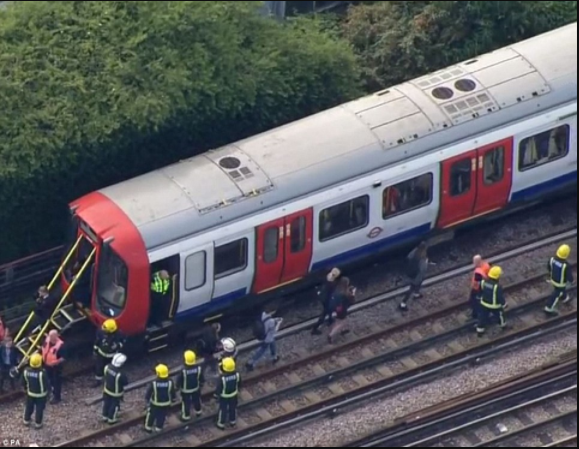 Fulham fitness instructor Niyi Shokunbi, 24, who was in the next carriage the moment the bomb went off told MailOnline: “I have never seen anything like it it was like something out of a film. I thought it was an acid attack. It happened like bang within ten seconds, I just wanted to run. I went towards the carriage where the bomb went off a woman said you don’t want to go in there. I saw a little boy with scratches on his face crying for his brother. A woman was bleeding. Everyone was running. I’ve never seen anything like it.” 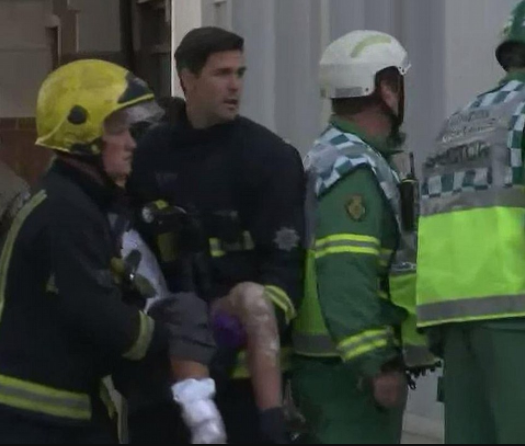 Lots of people suffered burns from the explosion and others were hurt in the crush as people fled. Deputy Assistant Commissioner Neil Basu, the senior national coordinator for CT policing, has declared it a terrorist incident. 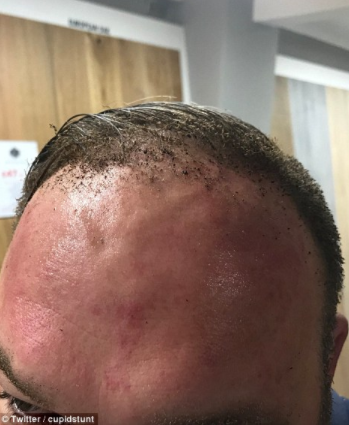 An officer at the scene told MailOnline: “We believe there is a second bomb – there is a man with knives on the loose.”

Scotland Yard sources have said that the incident is being treated as a terrorist incident but said they could not confirm claims from the scene there is another bomb and the suspect is on the run. 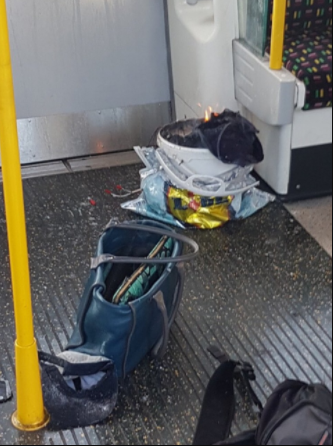 Prime Minister Theresa May is to chair a meeting of the Government’s Cobra emergencies committee this afternoon to discuss the terrorist attack. 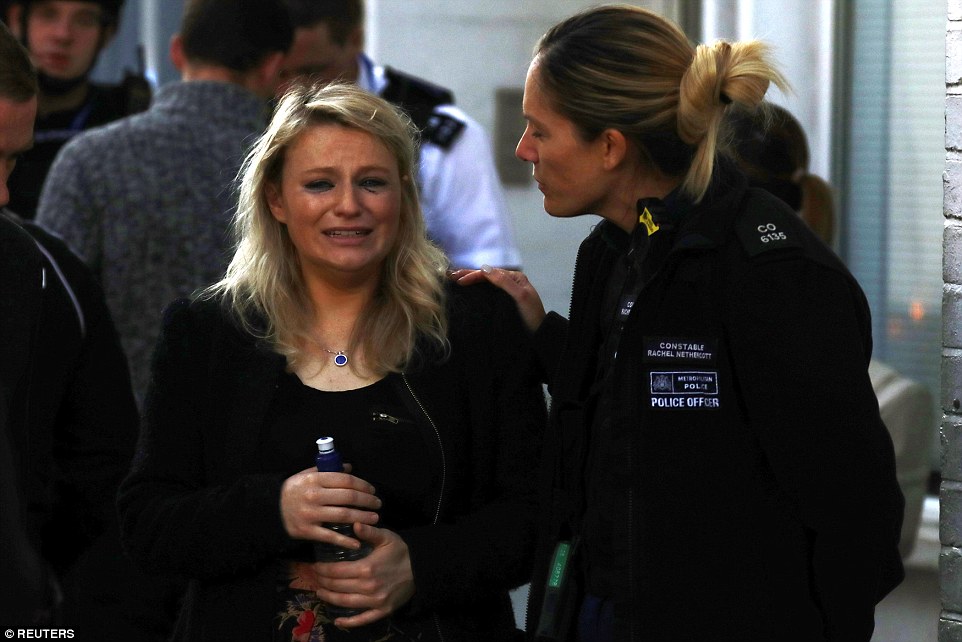 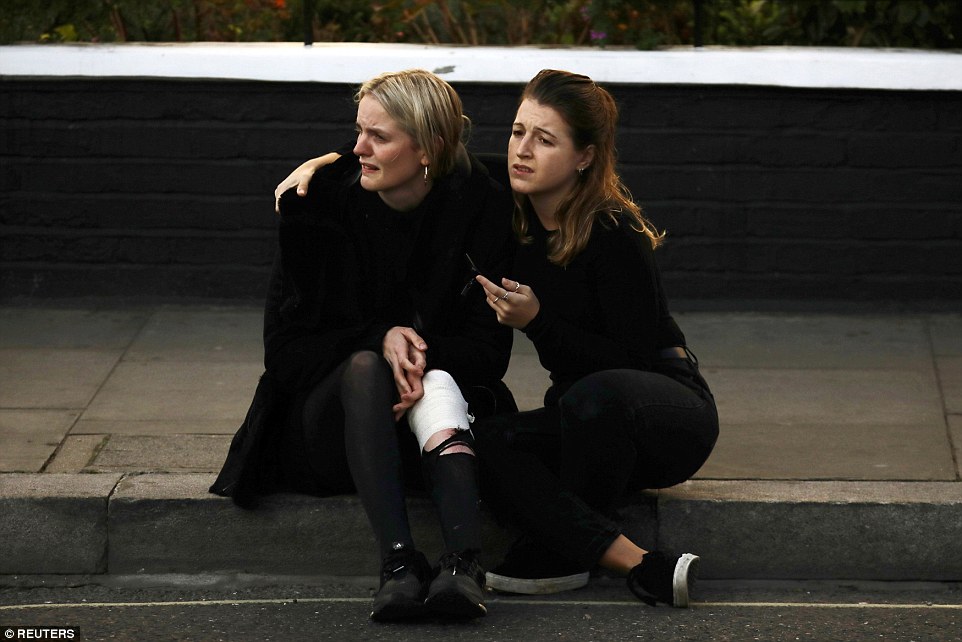 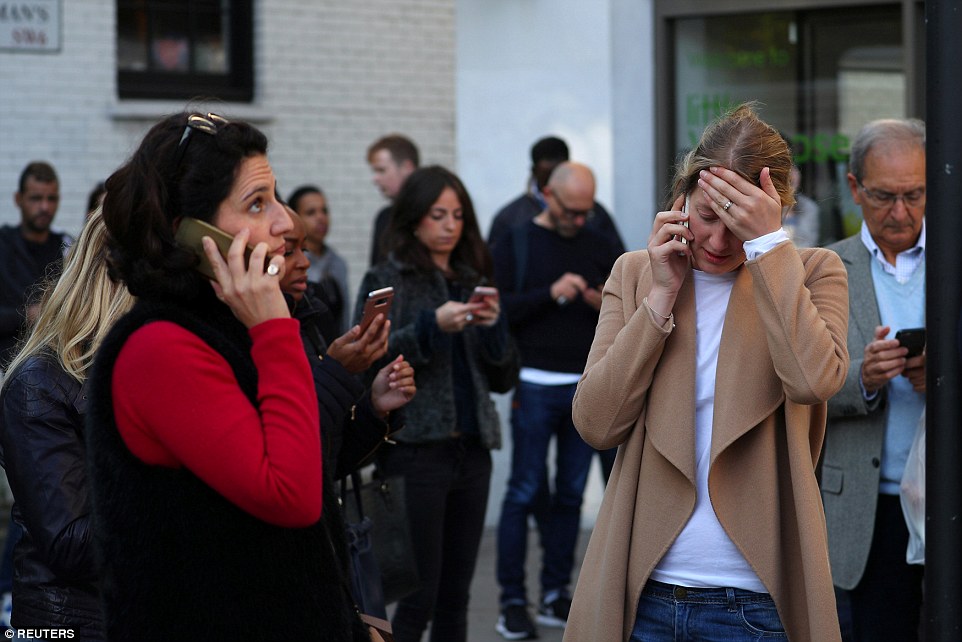 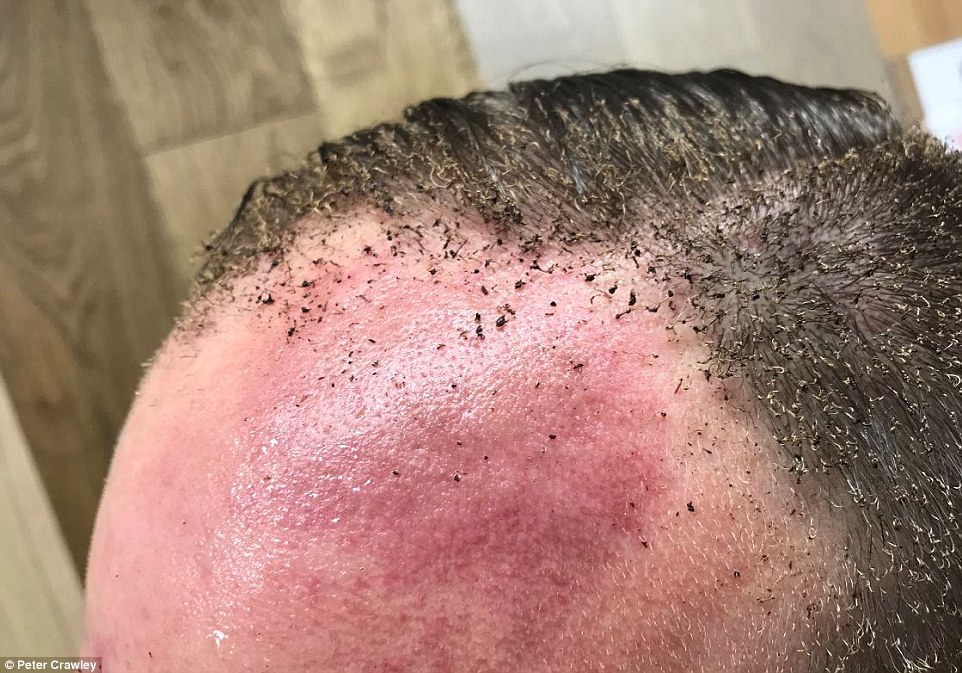 March 1, 2020
0
The Association for Free Research and International Cooperation, AFRIC, was one of the billions of...
Read more

July 4, 2019
7
After an indefinite break, film producer and scriptwriter, Bigsteve is set to relaunch his career!...
Read more