A student charged with rape has been cleared after footage showed a girl, 19, kissing and leading the accused to her room.
University of Southern California student, Arman Premjee, 20, was accused of sexually assaulting a fellow student in her dorm room in April.
The students met at a club near campus but he says his accuser was the aggressor and was coming on to him the moment she saw him.

“She put her arms around my neck; she started kissing me,””Within two minutes of meeting for the first time.” He told Inside Edition

He says she wanted to leave the club and have sex with him.
Surveillance footage outside shows her making a sexual gesture behind his back to her friend, and they headed back to her dorm. 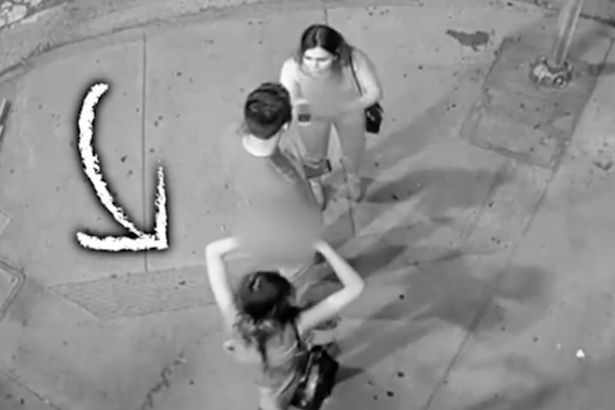 That’s where the two were having sex when he said her roommate walked in on them. Premjee said he left thinking everything was fine, but was shocked hours later, when cops showed up at his door.

“They handcuffed me, took me away and put me in a cell,” he said.

Prosecutors charged the 20-year-old with rape, claiming the female student was too drunk to give consent.
In a recorded statement, she told detectives she didn’t remember anything from that night.
Premjee claimed he never sexually assaulted her, adding that she knew what she was doing and the sex was consensual.

“She was the initiator, she was the aggressor,” he said. “She was able to stand on her own two feet she was leading the way.”

Then came the moment Premjee was hoping for after surveillance videos supported Premjee’s side of the story.
The judge dismissed the case Monday.

“I believe that there was consent. There is a very strong indication that the alleged victim in this case was the initiator,” the judge said.

Throughout the ordeal, his parents stood by his side. They “thank God’ for the footage.

“If it weren’t for these videos I don’t know what I would have done,” Premjee told Inside Edition. “I’m very grateful for these surveillance tapes.”
But there could still be trouble ahead, as the university is currently conducting its own investigation that could end with his expulsion.
“My life will be ruined if I get kicked out of school,” he added