Stanley Enow’s brother is fighting his battles!
The CEO of Motherland has gone mental on Jovi for calling his brother ‘wet pussy’. In a series of tweets, Martin Enow described Jovi as a ‘nasty boy’ playing the local league’.
READ MORE: Jovi calls Stanley Enow a wet pussy and reignites feud with Magasco and Pit Baccardi!!!
He also challenged Jovi to come to Douala within 24hrs if he is man enough.
Read the tweets below:
READ MORE: “Take a couple seats back, humble yourself” – Singer Yong Flo ‘Advises’ Jovi 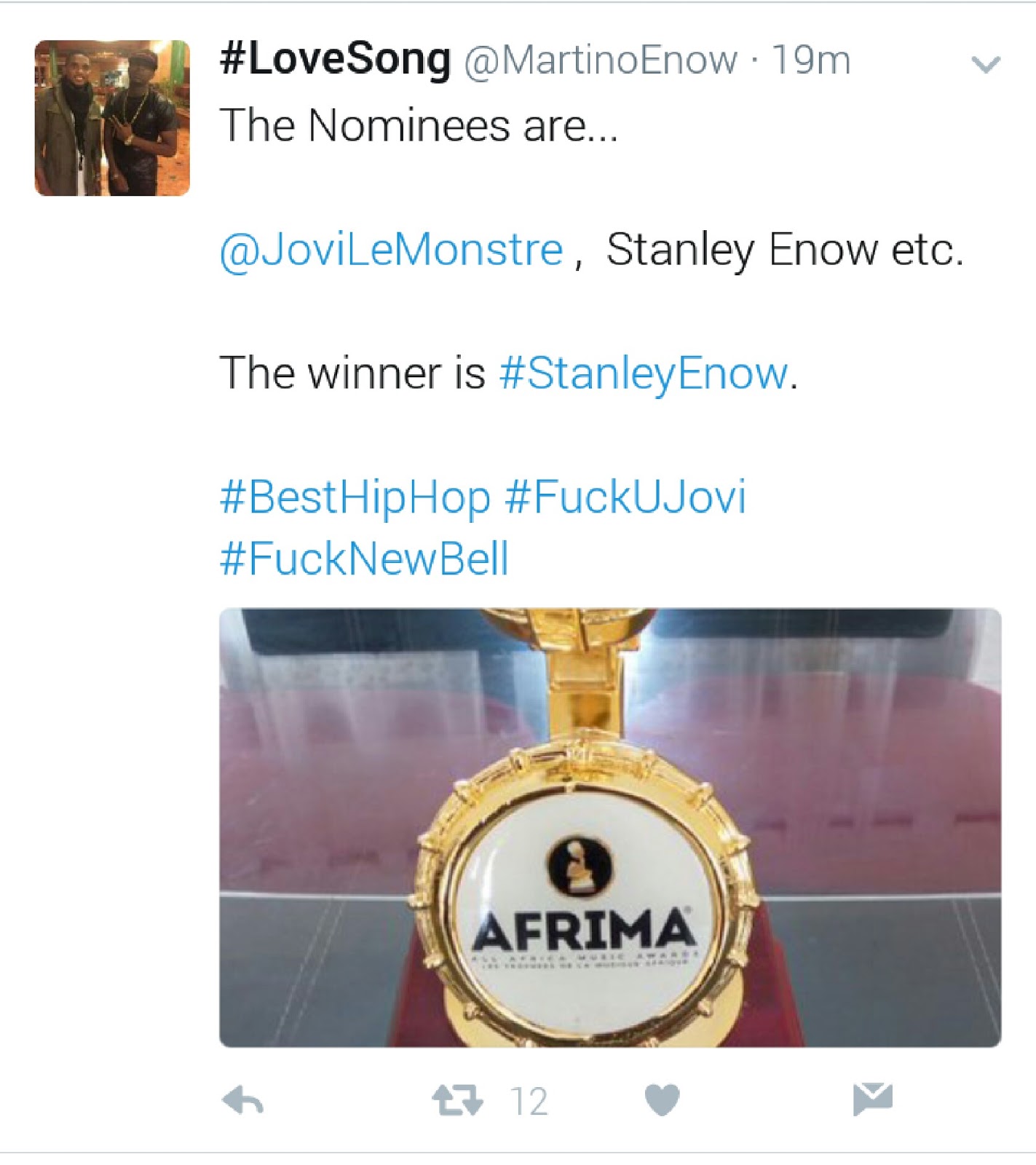 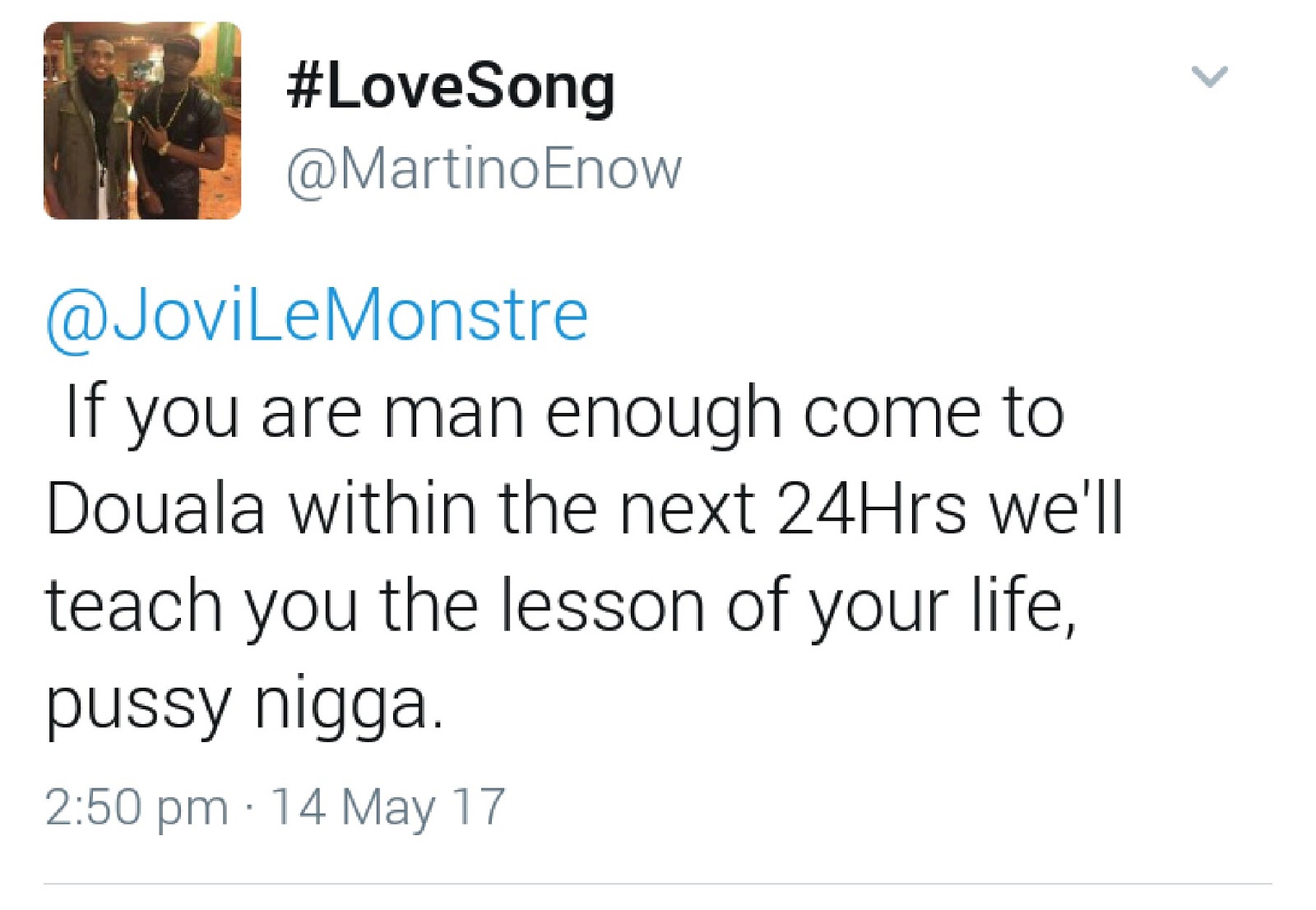 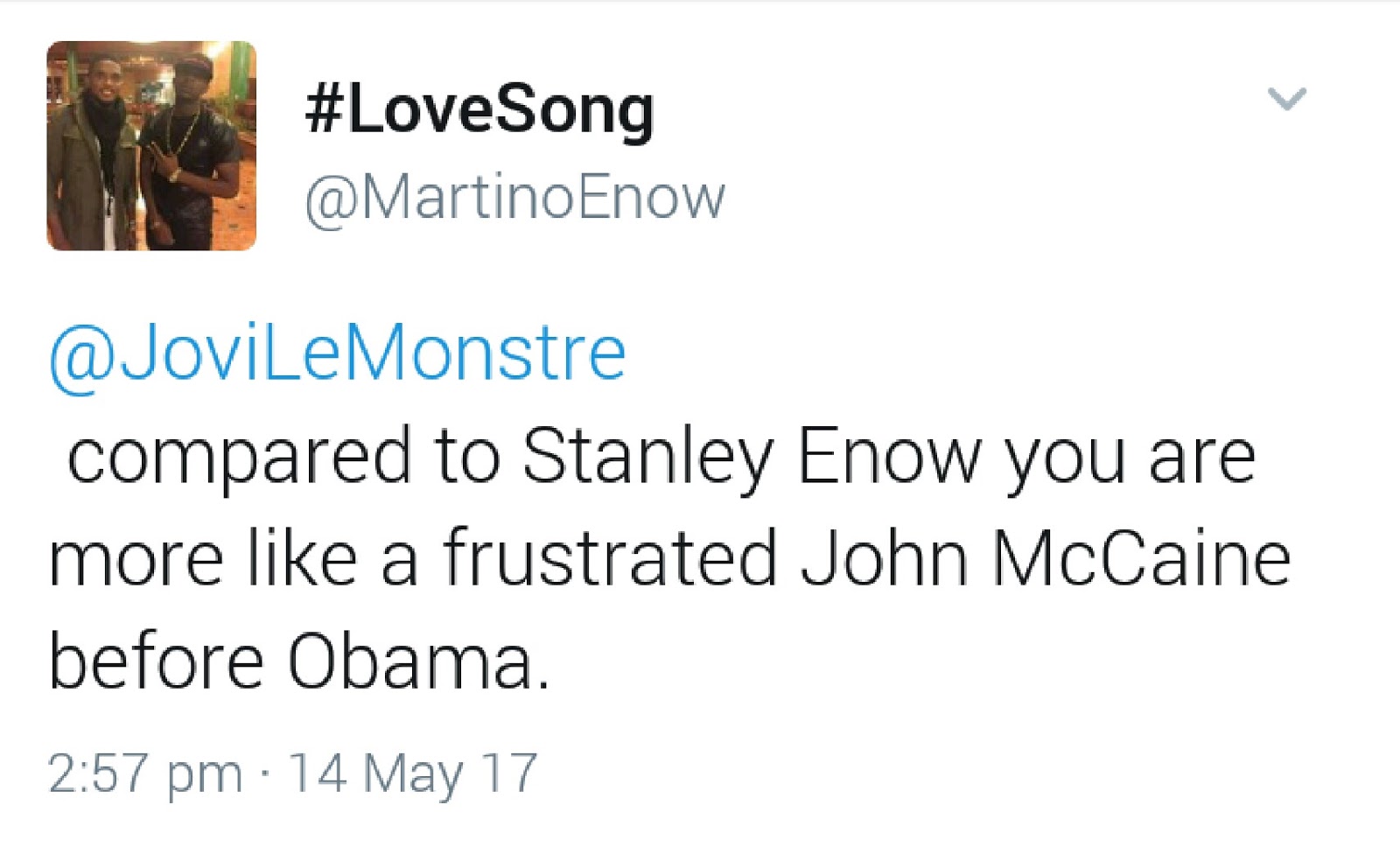 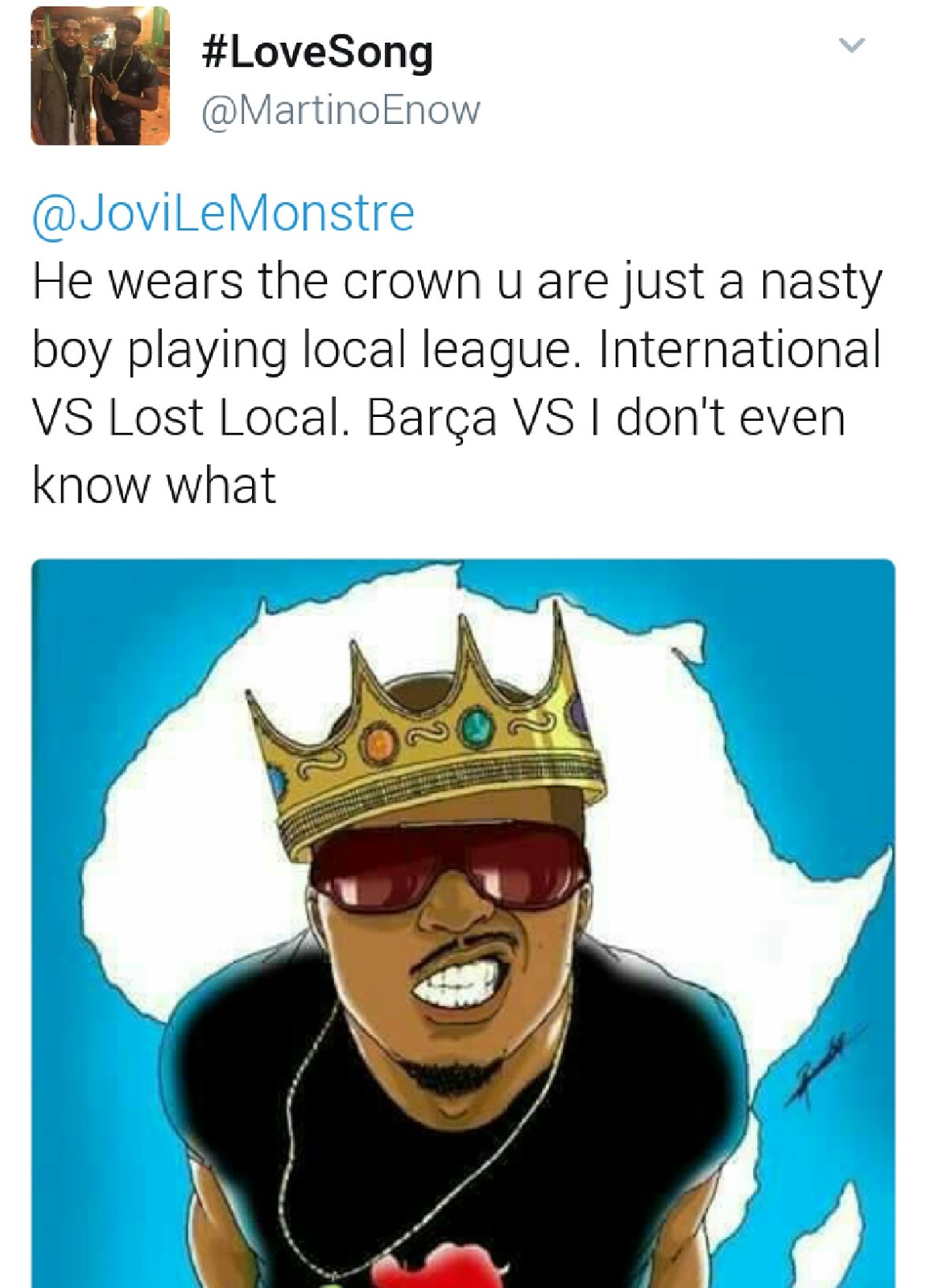 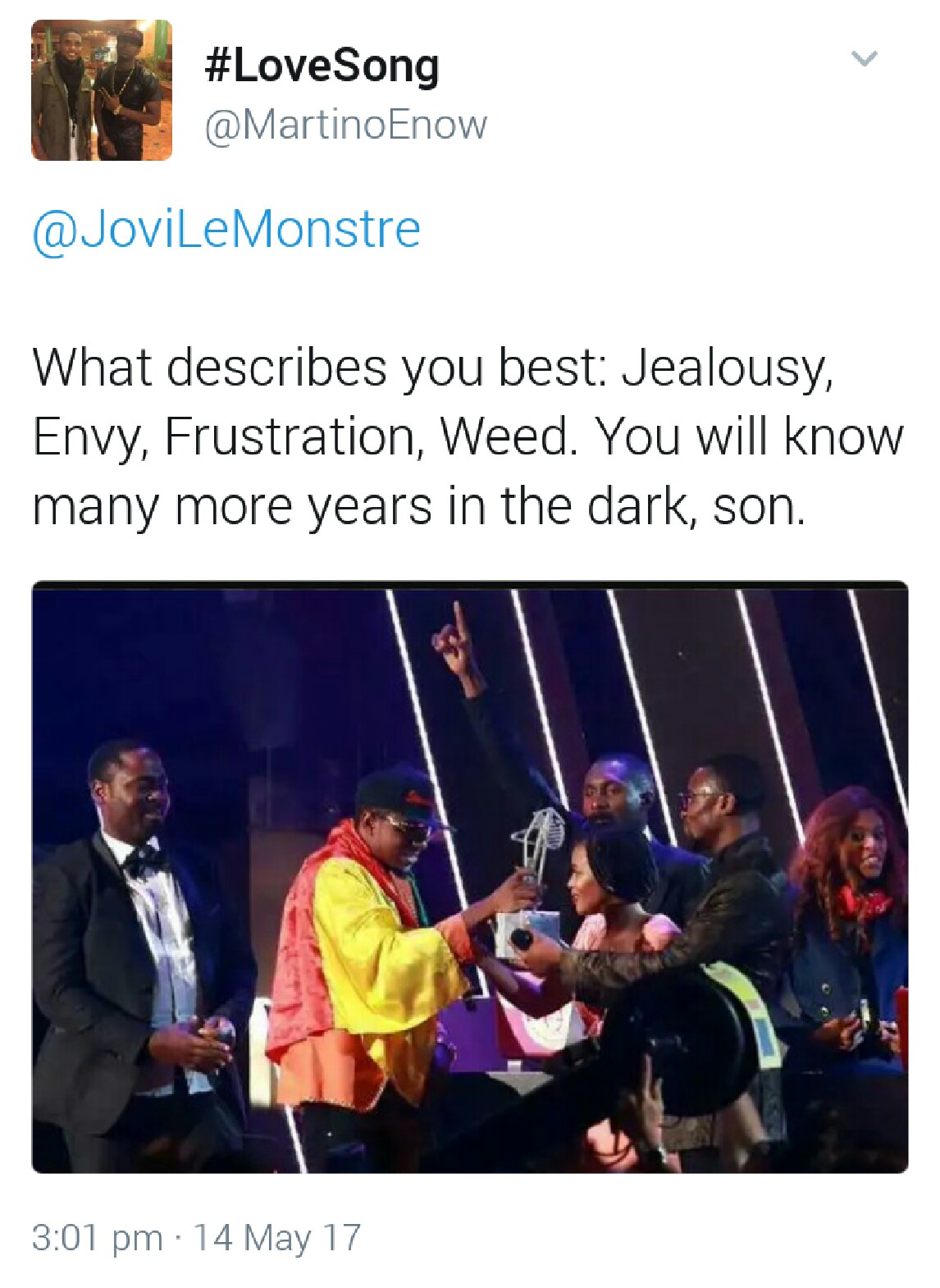 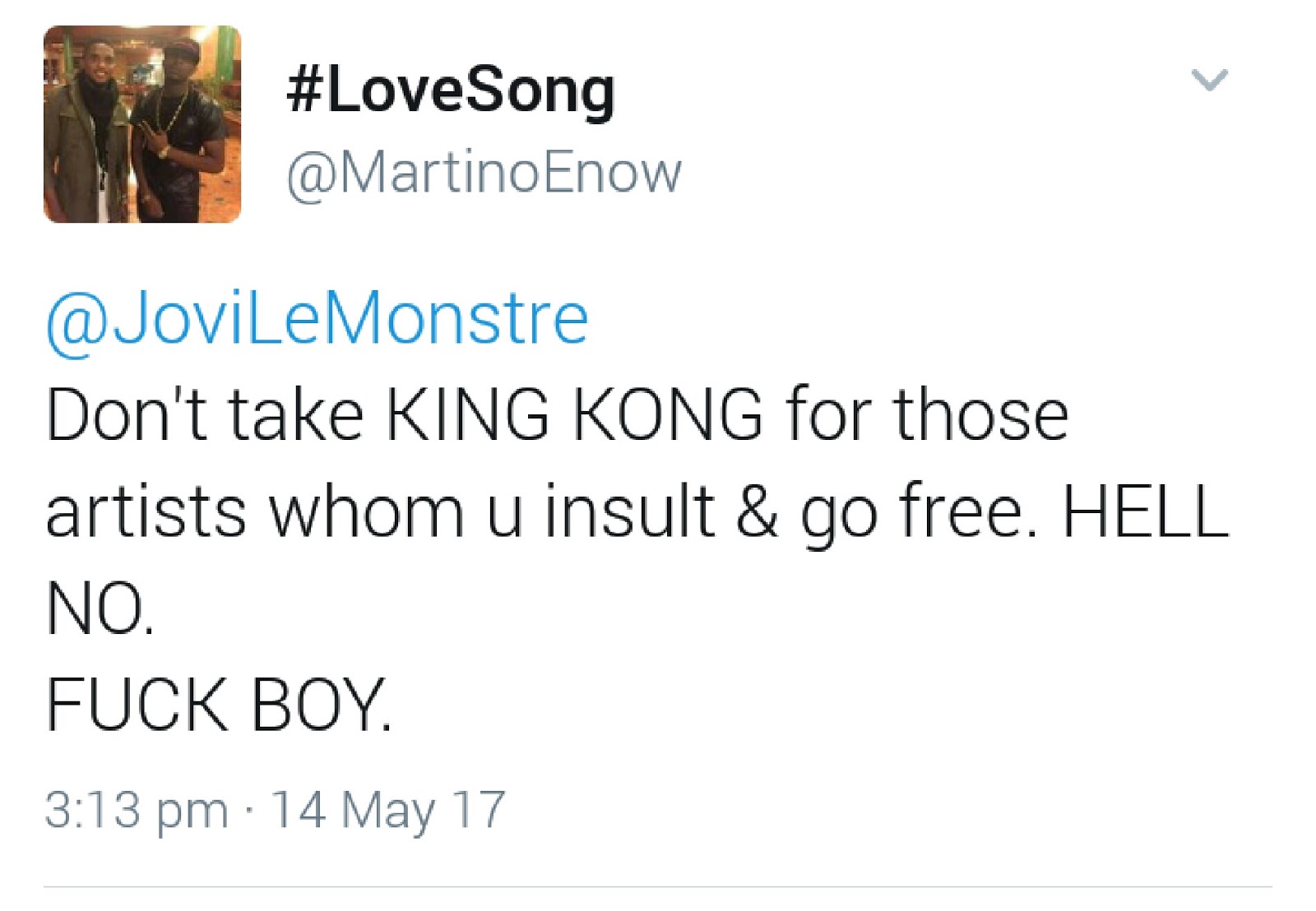 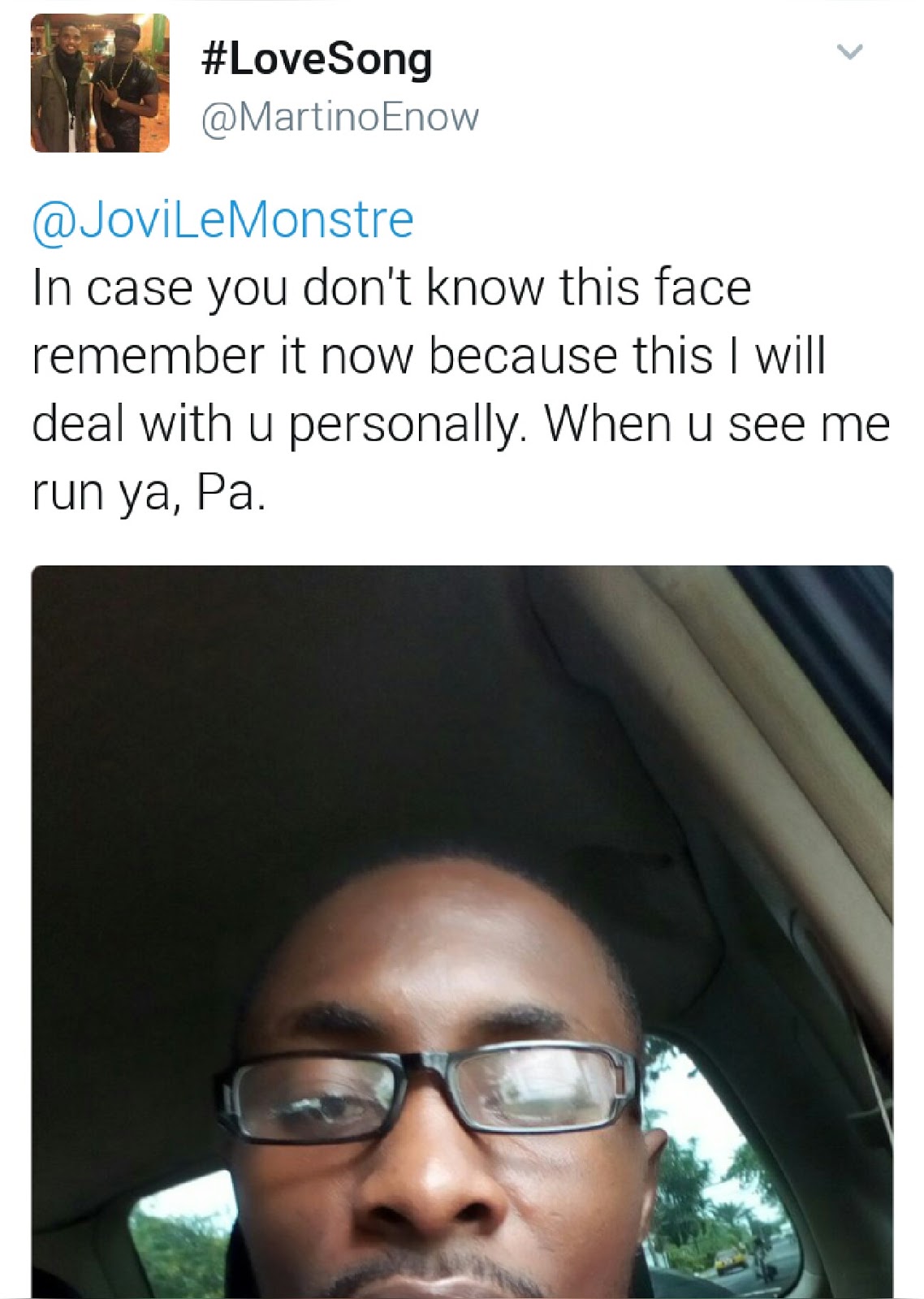 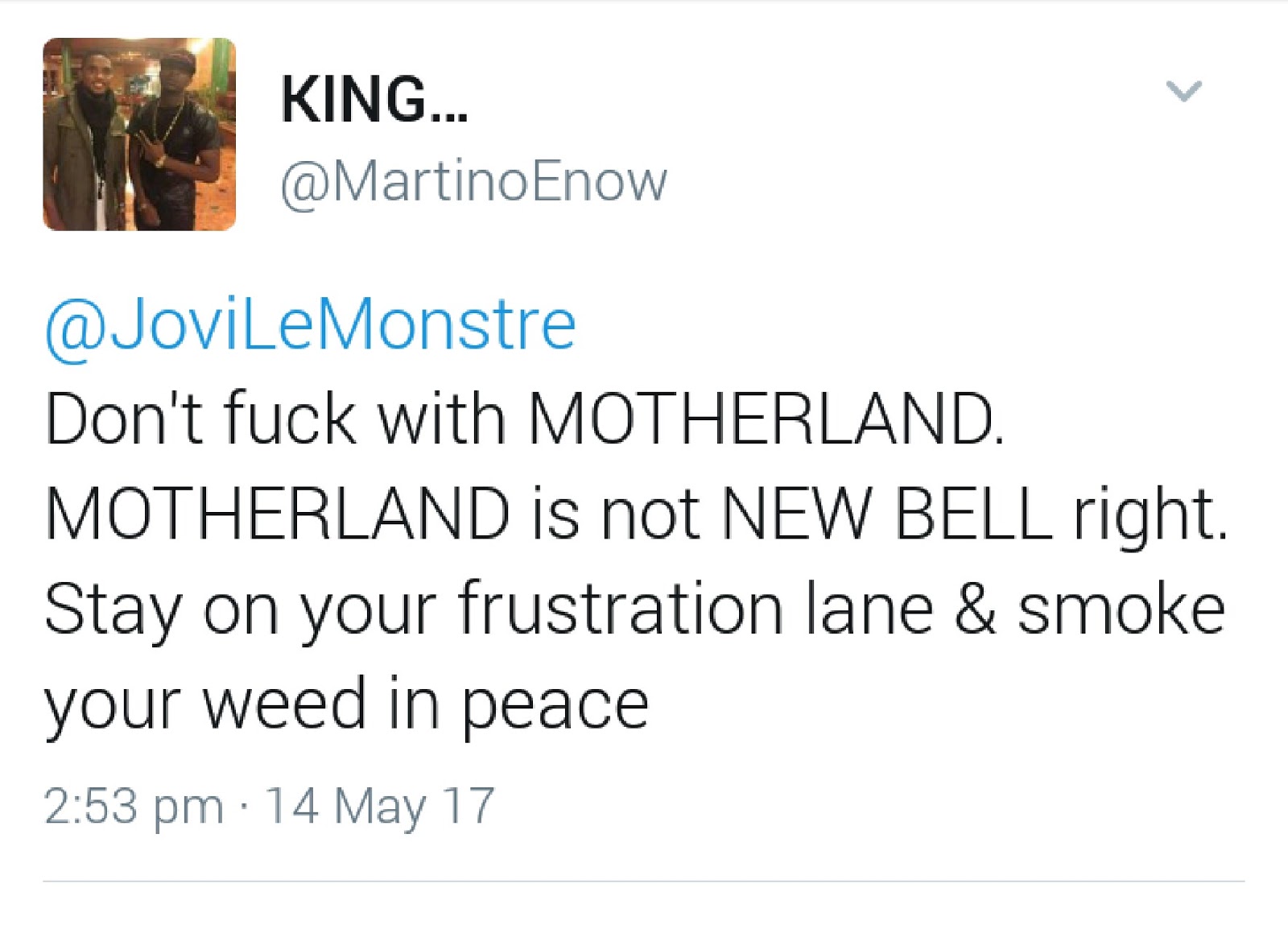 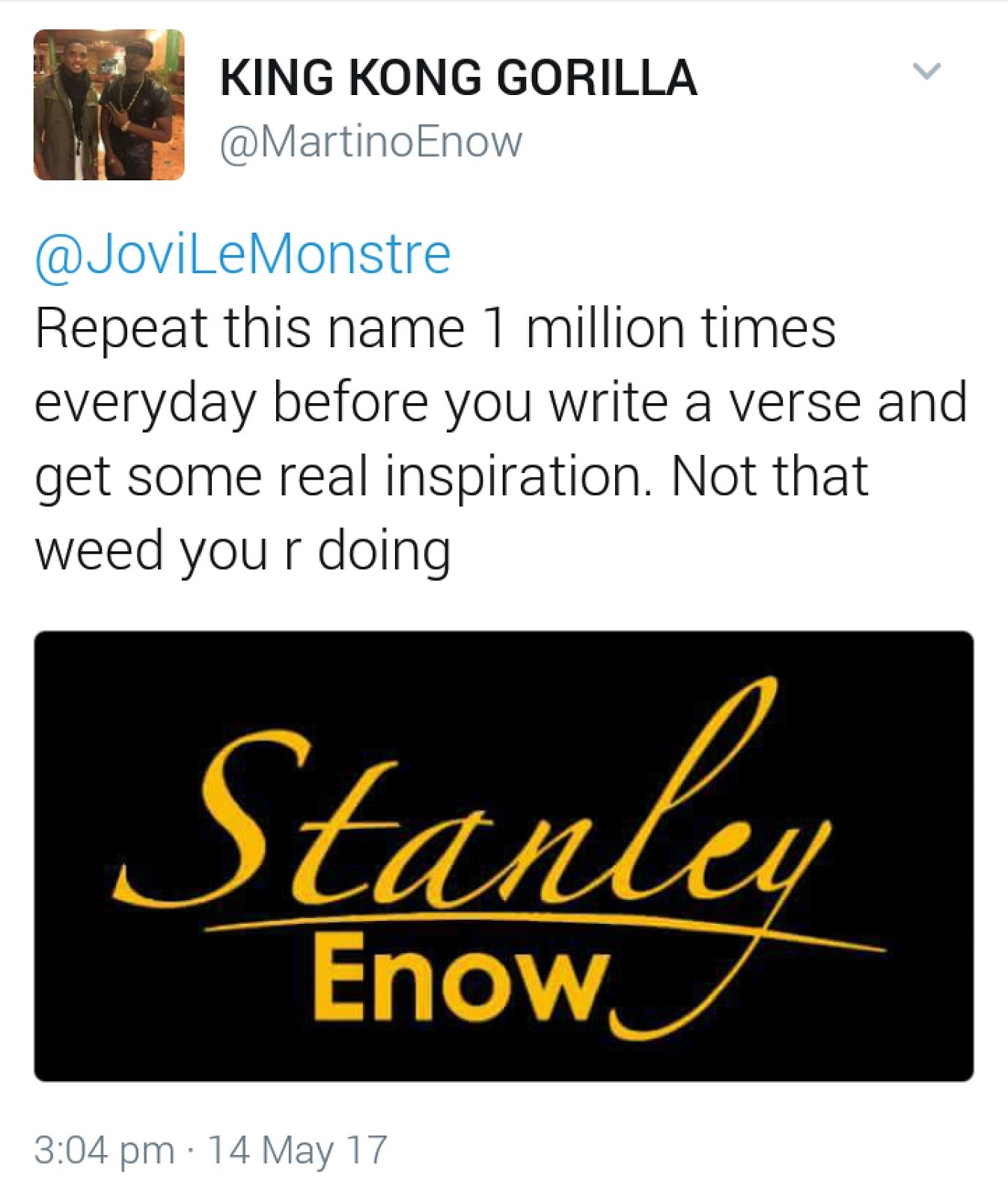 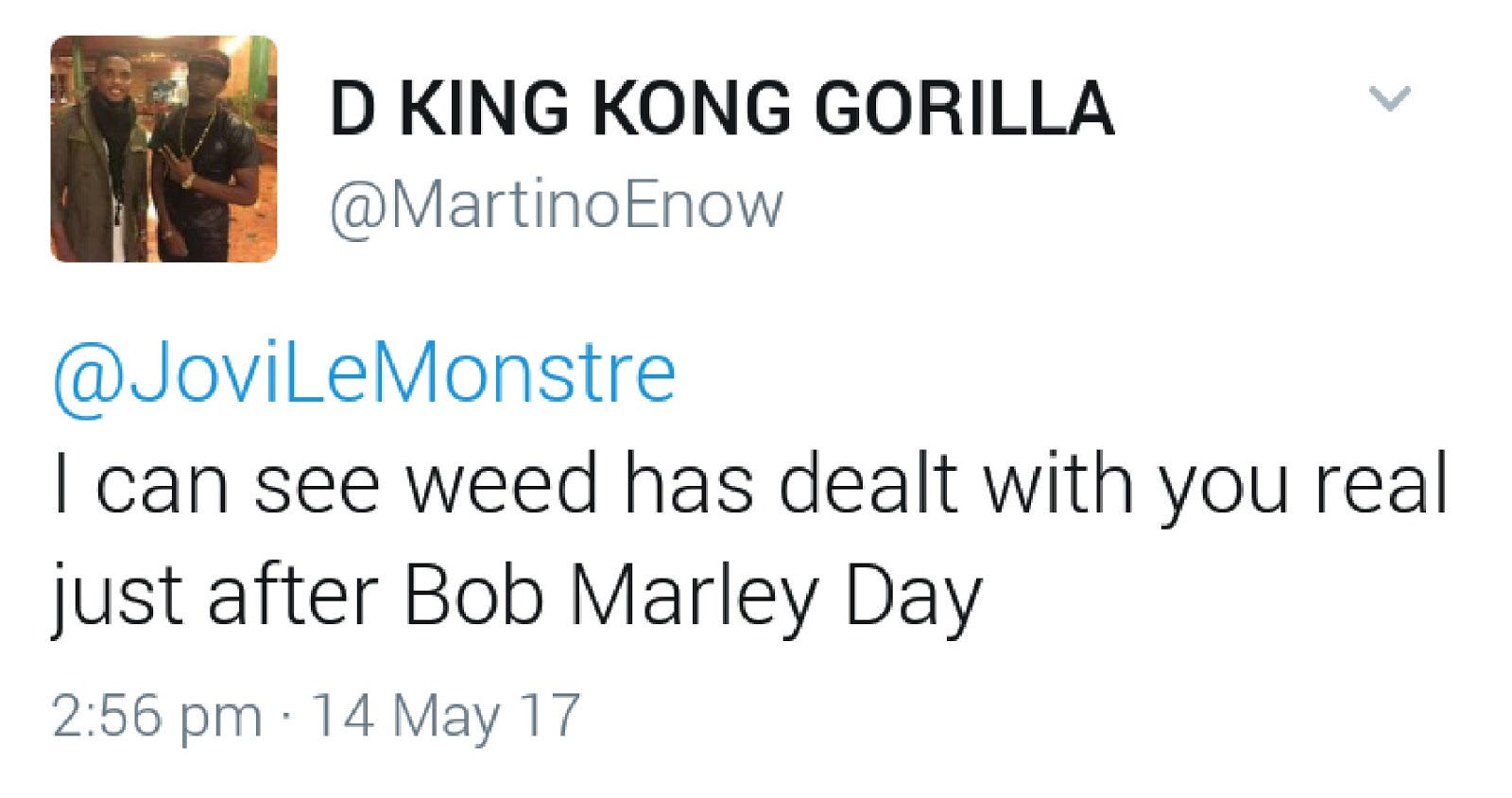 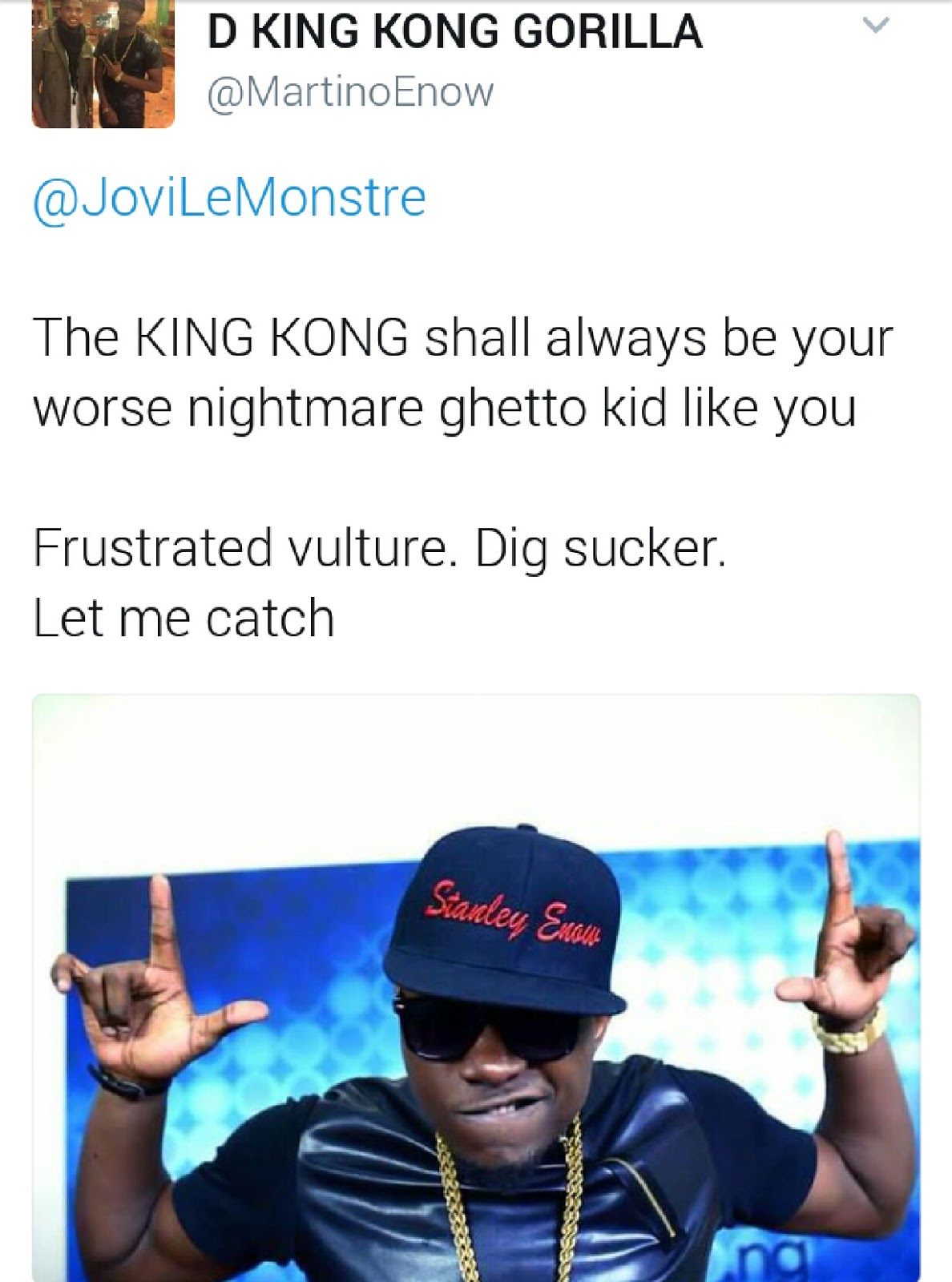 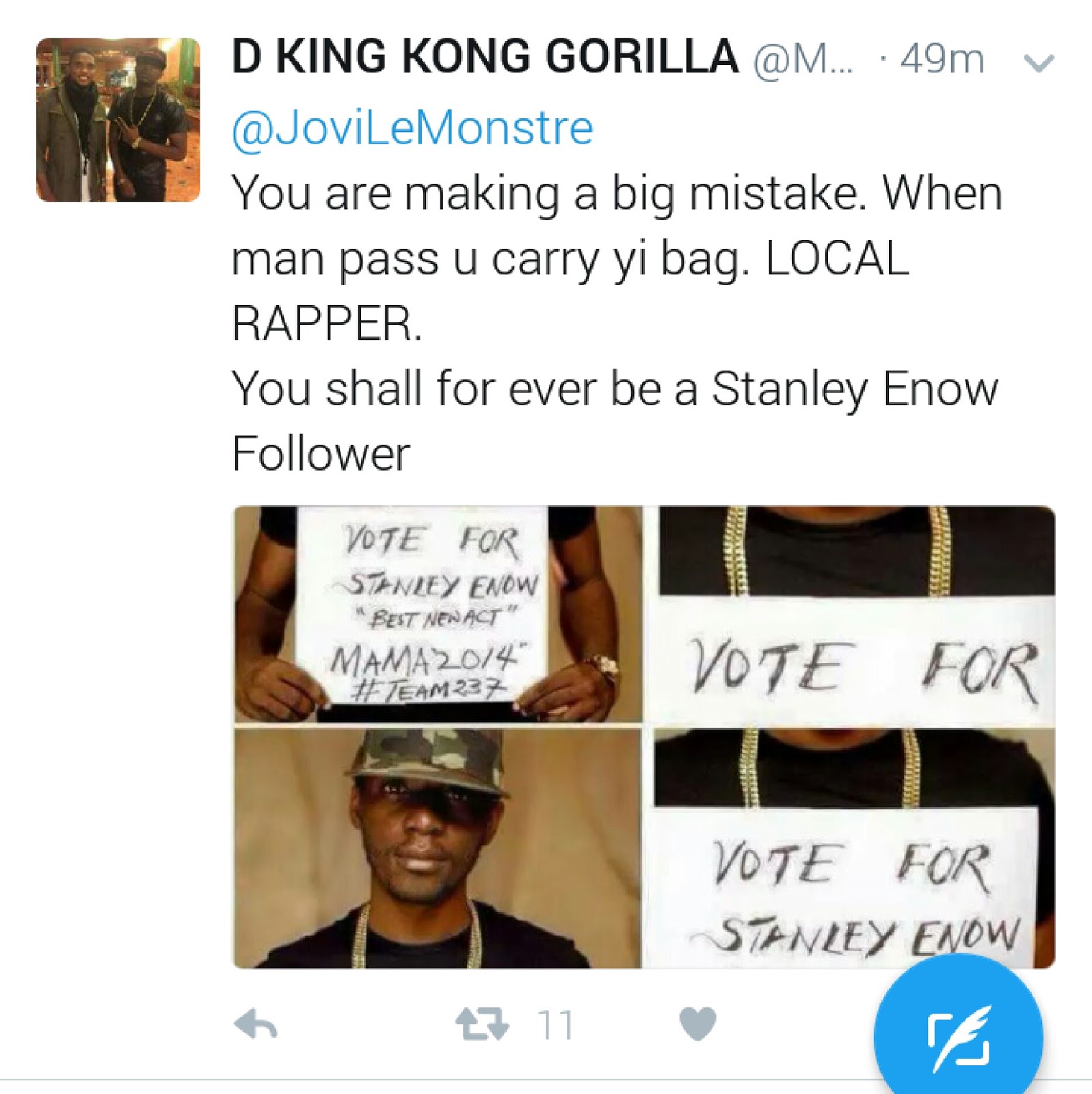 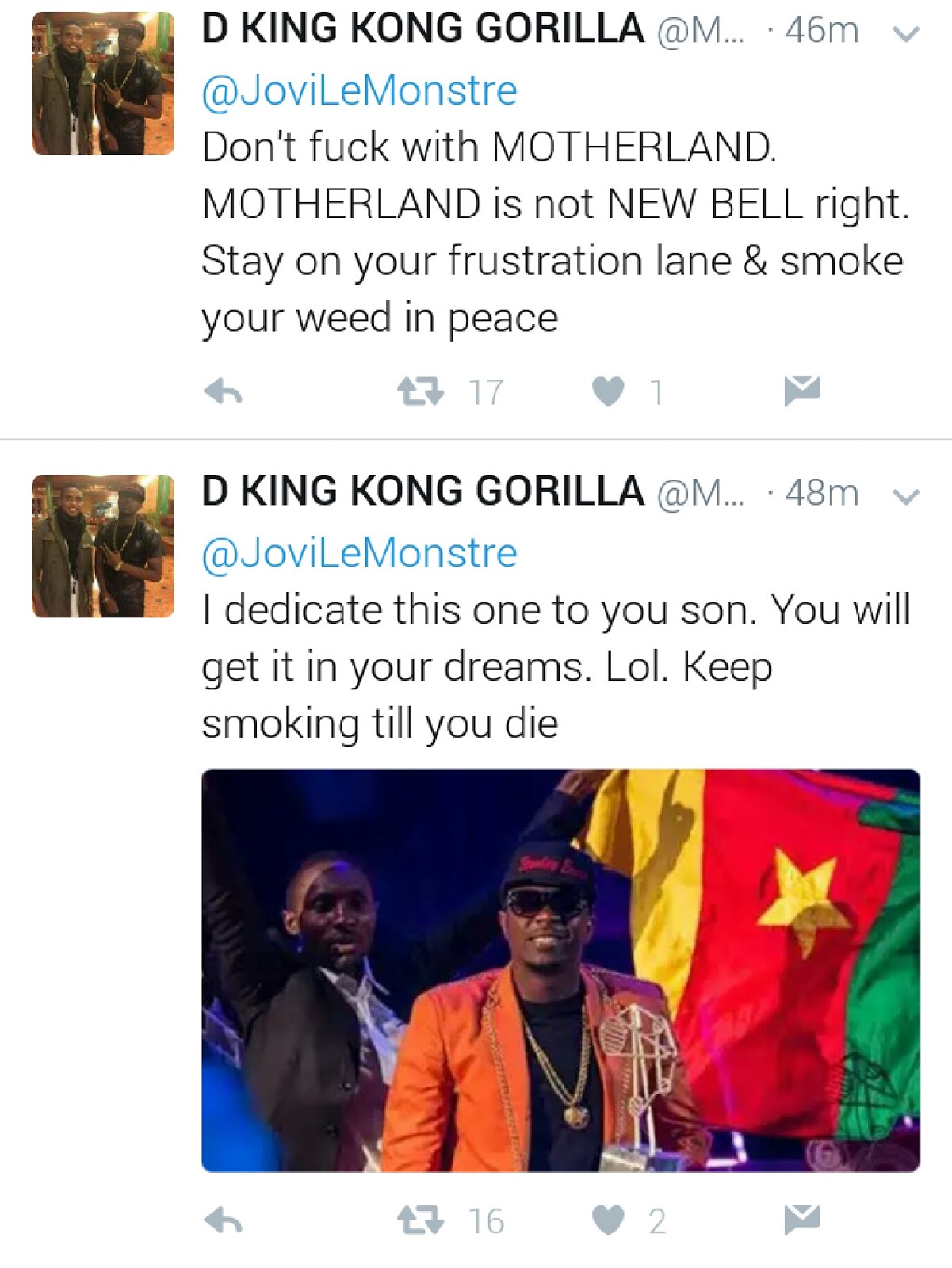 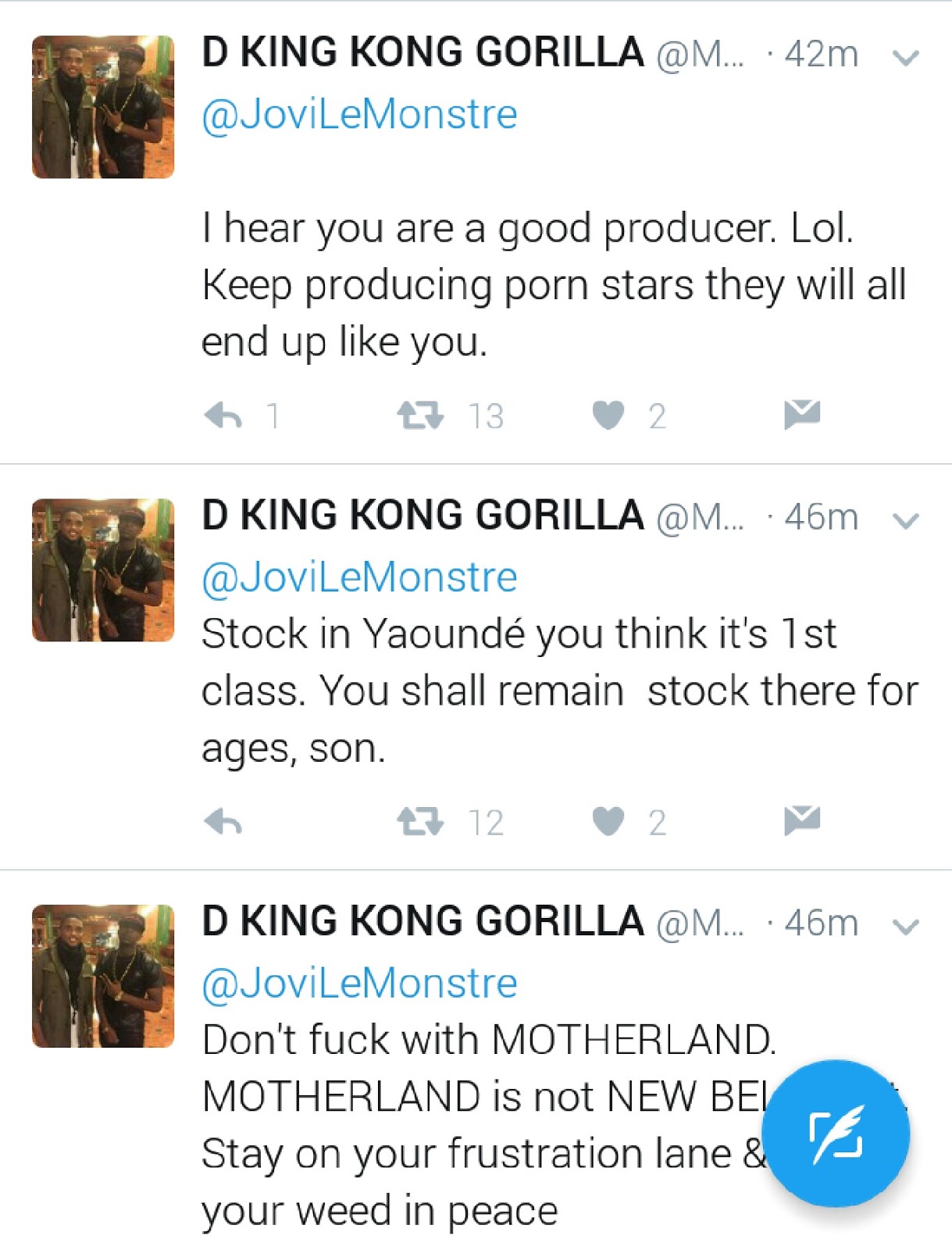 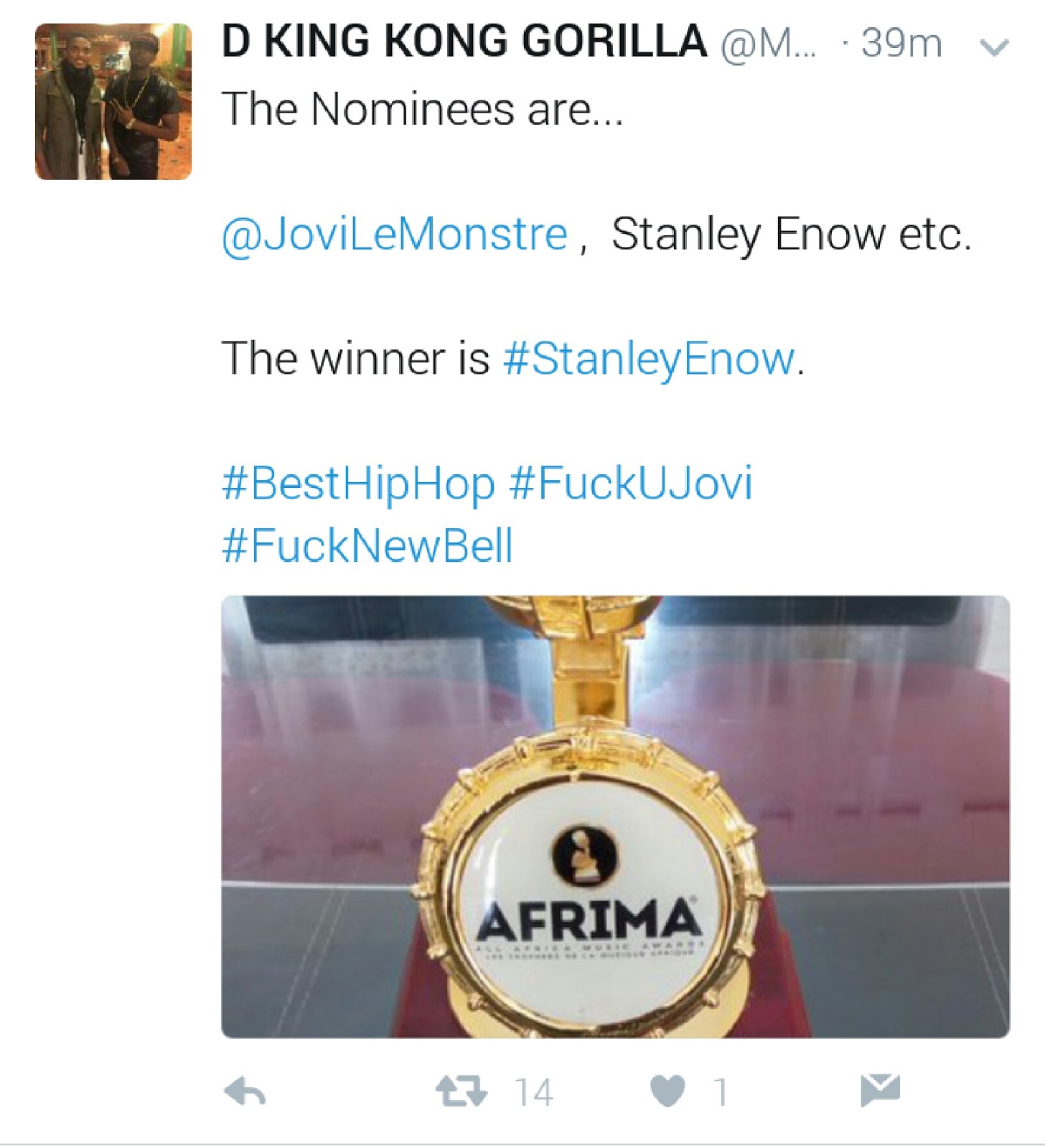