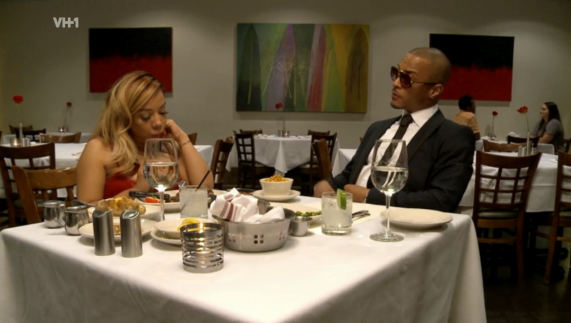 T.I seems to think that his wife and her needs are a complete distraction and a hinderance to his ability to make millions. But didn’t he make his current millions with Tiny by his side?

READ MORE: T.I buys same shoes for his wife and side chick and the store selling the shoes put him on blast!!!

On the latest episode of T.I. and Tiny: The Family Hustle, which aired on Friday, the rapper told his partner of over 13 years that he has outgrown the relationship and the best thing for them to do is split

“I think you’re a phenomenal person. We’ve had some of the best times of our lives together. And it does not hurt or insult me that at some point you grew to this point and I grew to this point. I don’t think it’s either of our fault. So ultimately, ain’t nothing else for us to do but split. I think it’s better for the kids. We can work together better now.

He later told the cameras

“A part of me is happy to close this chapter because I feel we outgrew each other. She grew in a different direction and I did too.